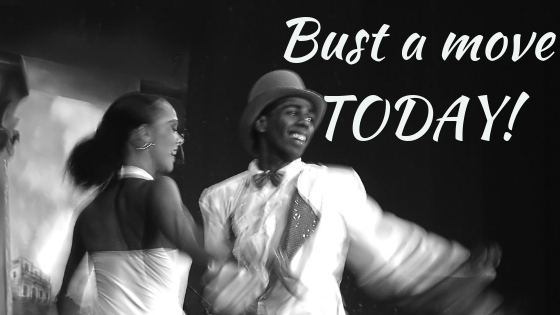 Ever hear people say I’ll try anything once? Well for me, there are some things I do not need to experience personally, simply to decipher for myself, if they will in fact ruin my life. It’s simply not worth the risk! For instance, I do not need to try meth to know that it would ruin my life. I’m sure you catch my drift. While preparing for the potential impacts of Hurricane Florence recently, I started thinking…

The concept of planning for the unexpected is actually not lost at all.  Y’all know what it’s all about, because all the water was gone! Every grocery store I went to, had a sign up, to remind everyone that the water supply was precious. I’m not exactly sure why that does not translate to planning for the unexpected, because much like the circumstances in life, we had no idea what good ol’ mother nature was going to going to do. My neighborhood is about 3 hours from the coast, so I wasn’t really expecting life altering conditions. Odds were, Aunt Flo breezing through my neighborhood could have yielded a little bit of rain, but it was, I’ll classify it as plausible, that it could have severely impacted the people in my neighborhood. But all the water was GONE !!!!! If you were watching the tiny bit of coverage that Aunt Flo received, you may recall that the storm changed paths. Initially, the Charlotte North Carolina metro area was not really on the radar… But yeah, all the water was GONE, even in my neighborhood, long before Aunt Flo decided to take a different route. People were not chancing it!  People like myself, who were not facing mandatory evacuation, at least went to the store, bought themselves some food, some water, some wine, some batteries and/or candles, because they wanted to be prepared for the unexpected. Most people I know were not trying to ‘Just Wing It’!

Now she might have had her reasons, but I’m sure you’ve heard that Aretha Franklin did not have an estate plan. Whatever her reasons, rest assured that the people who will benefit most from the lack of planning are not relatives. Why do we, and by we, I mean people who look like me, fail to plan for something that really isn’t all that unexpected! We know we’re all going to die. Furthermore, statistics tell us that many of us will need some type of long-term care. The timing is up in the air, but one out of the two, in some cases both…  It’s coming, you know it, so clap your hands! Sadly, people don’t think about this until they are in a crisis. Sometimes, it’s too late. We have to start making our beds before we get sleepy. I know you’ve heard someone say the early bird catches the worm; well, the opposite is true when planning for long-term care. Those who fail to plan, risk losing the most.

You my friend are in luck. I keep my ears to the streets, so if you follow me, you’ll always have the information you need to plan for the unexpected. At this point, I do not personally represent people pursuing claims before the Veteran’s Administration. But part of making sure you have a solid plan that allows you to protect your valuables, includes keeping up with rules that could potentially affect your eligibility for assistance with paying for long-term care. I want to do right by you, so I’m on it! Chances are, you probably know someone who has spent time in a nursing home. Maybe you’ve thought about going into a nursing home yourself. Maybe you’d prefer to stay at home no matter the cost. Maybe, you’re one of those who think “It could never happen to me.”  Wherever you fall, studies show that nearly half of us will need some type of long-term care as we age. Today, there are roughly 45 Million people over the age of 65. In 2020 there will be roughly 56 Million Seniors. In 2040 there will be roughly 79.7 Million Seniors. By 2050, the U.S. Census Bureau predicts there will be 86.7 Million citizens age 65 and older living in the U.S.

Without proper planning, the lack of available services, terrible healthcare policies, and a flighty administration, the rising costs of long-term care may leave you with few options. Contrary to the belief of many, Medicare will not cover your long-term care costs.  Although Medicare is available to most individuals age 65 or older, it only pays for nursing home care following a hospital stay of at least 3 days, and only if the care provided is considered “skilled care.” What does that even mean? Basically, you only get rehabilitation in a facility, for up to 100 days, following a 3-night hospital stay. Home health care may be available to some under goverment programs, but only if “medically necessary”, which is a very high standard to meet. Additionally, there are deductibles and co-payments attached to all Medicare benefits. The costs can be substantial! The reality is, anyone, any age, could have a condition that requires long-term care.

So how do we avoid a potential nightmare… without going broke? Plan ahead! Have the right documents in place, so your family can help you without jumping through hoops. There are a number of planning strategies, documents and programs to consider when planning for the unexpected. Right now, I want to highlight a recent change from the Veteran’s Administration. Like I said, I keep my ears to the streets. You may or may not be aware of this, but The VA provides a monthly cash benefit to wartime veterans who are 65 or older and require assistance with activities of daily living. This is often referred to as “Aid and Attendance,” but its proper name is VA Pension with an Aid and Attendance Allowance. While I do not currently represent people pursuing claim before the Veteran’s Administration, my job as an Elder Law attorney, is to make sure I don’t inadvertently hurt my clients when crafting their estate plans. In fact, I want to help my clients protect their valuables and preserve a legacy for future generations, while also avoiding a trip to the homeless shelter during their “golden” years. It’s important that you know that this is not the same as VA Compensation. Compensation is a monthly benefit awarded to Veterans who have a service connected disability. The VA doesn’t care about income or assets when you qualify for Compensation. That is not the case for Aid and Attendance Allowance. Similar to Medicaid and SSI, this is a needs-based program.

I’ve harped on this before, but in case you missed the overarching message, or your net worth is significantly above that of the average American, you can go broke paying for long-term care. Long-term care insurance or paying cash may be an option for some, but for most, paying north of thirty thousand dollars per year for the care of a loved one would be devastating. In case you haven’t heard, the life expectancy of the average American is steadily increasing. While that’s a positive, it doesn’t mean we will remain healthy for ever and ever amen. For some, paying for long-term care may be life, for a very very long period of time. That’s why I keep my ears to the streets. With a terrible healthcare system, a shaky administration, the rising costs of long-term care, and ever-changing rules and regulations, waiting until tomorrow…could very well be too late.

This past week, on September 18, the Veterans Administration (VA) published new rules that may impact your long-term care plans. What does this mean for you if you are an eligible wartime veteran or spouse? Any gifts made in the past 36 months, either to a family member directly or through an irrevocable trust, could result in a penalty. Similarly, investing in an annuity could result in a penalty. This means a Veteran or surviving spouse could be prohibited from qualifying for VA pension benefits for up to 5 years, depending on the circumstances. The rules are different as we speak. Wait until tomorrow if you want to, but if you’re looking at the whole picture, you may want to ‘bust a move’ today…The new rules go into effect on October 18, 2018.

Like many in my neighborhood, I bought way too many snacks for Hurricane Florence. I have non- perishables for days, but I’m ok with that. If the worst happened, my family and I would have been prepared. We had resources to tap into. Being left high and dry in a health crisis, not to mention broke, is not something you need to experience to know it can ruin your life. Be a proactive planner today, because tomorrow might be too late.