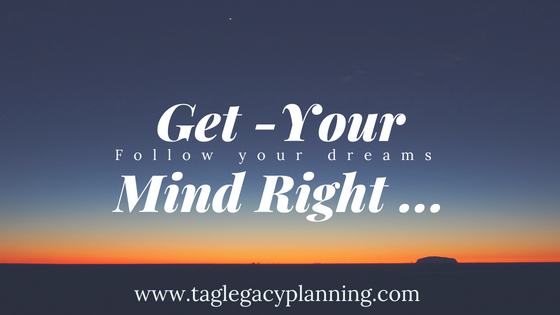 No matter what you’re doing in life, you have to plan, have a clear vision, articulable goals, a sense of direction, and a sense of purpose.

And sometimes, despite the planning, the unexpected will happen, and you’ll have to pick yourself up, remain confident, craft a new plan, course correct, and push forward! What if I told you legacy building requires mental strength? What if I told you, in order to preserve a legacy for future generations, you have to get your mind right?

I met a young man while volunteering at a homeless shelter in my community, and he REALLY touched me! I don’t know why, it had nothing to do with my reasons for being there in the first place, but I felt compelled to be the listening ear he needed in that moment. This young man had a wonderful spirit, bright smile, very muscular, seemingly healthy, well spoken, with nothing visibly wrong. I’m not a medical doctor, but I am personally and painfully aware that he could have been dealing with something that isn’t visible to anyone. While I’m not in a position to diagnose anyone, based my interactions with people, and my own experiences with instability and mental illness, it is my opinion that at least some of his issues could be cured with some very targeted mind training and healing. 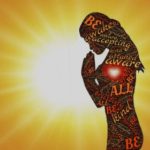 When I first noticed him in the crowd, he was sitting at a table and laying across the tabletop, as if completely drained, exhausted. Once engaged in conversation, I saw a spark in his eyes. I was touched. I wanted to know his story. I don’t think anyone ever took the time to listen.  As I listened to him, I realized that his woes were controlling the conversation. We talked about all of the things that were going wrong, to him, it must have felt like his life had been in shambles for 100 years, but I doubt he’s been alive for a quarter of century. It was clear to me that he had no sense of time. His timeline was off. The years didn’t add up to me. Perhaps things were jumbled, because the weight of life was causing him so much stress. It was important to him that I understood that the weight of the world, as he knew it, was crushing his shoulder. I couldn’t help it. I felt compelled to be his big sister in that moment. I told him what I thought he needed to do to get it together. I knew it was important to stress to him to if he wanted something to be, or to change, he needed to map out a plan to make it happen. All the places and things he wanted required action!

I recently saw the movie Uncle Drew, so I was channeling some of the lessons I picked up from that movie. With everything in me, my heart pounding, my emotions out of whack, I don’t know what came over me. I felt like preaching. I looked at him, and I told him, ‘it’s up to you! You’ve got to take the shot.’ He looked at me, and he said, ‘I’m afraid to take the wrong shot.’ I went on to explain why that was not a good mindset to adopt. I couldn’t tell you everything I shared with him if I tried, because in that moment, I was simply vessel, a messenger. My only job was to tell him, the mind is an incredibly powerful tool!

Long after our encounter, I continued to think about my conversation with this young man. I started thinking to myself… What exactly is the wrong shot? How does one know they’re about to take the wrong shot? How do you know the right shot is in front of you…? You never will! It’s just not one of those things that we’re not privy to. In this life, we simply have to take the shots that we feel are worth taking. We simply have to take every opportunity. If it appears to be an opportunity, we should take it today. Yes, there are obviously bad shots. When that thing in your gut tells you, this is not an opportunity, that’s probably a shot not worth taking. But in every other instance, if you’re simply questioning whether or not you’re taking the right or the wrong shot, and there’s no other gut feeling, or little butterfly in your stomach that clearly tells you that it’s the wrong shot, you’re probably worried for the wrong reason. The right shot, is merely one that you plan for, or one with some strategy.

What I have learned in my few decades on earth, is that this life thing we’re doing, it requires us to dream, encourage ourselves, plan, and develop each talent gifted to us to its full 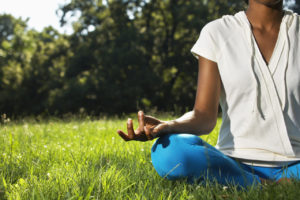 potential. We have to believe in what is possible, and not merely in the situation, the circumstance, or the place that we find ourselves in at that moment. As we plan, we have to be realistic about the things we need to do, in order to reach our end goals. They may make us uncomfortable for a period of time, but in the end, it will be all worth it.