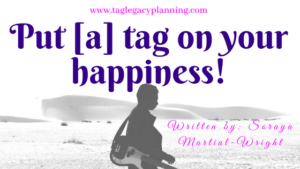 So, I thought long and hard about writing on this topic. I went back and forth, thinking it was too sensitive, or that others would question my qualifications. Perhaps some would view me as someone trying to exploit a very sad situation. I got over it. In fact, I realized I was afraid to talk about this topic, because it was so close to home. Unless you’ve been living under a rock, you probably know that Kate Spade recently committed suicide. As I write this, Anthony Bourdain’s death is also believed to be a suicide but hasn’t been confirmed. I’ve read a number of articles, full of speculations about what led to Kate Spade’s tragic death. I don’t know whether or not there’s any truth to this, but one article suggested that Kate Spade might have been concerned about her brand and image when considering  her treatment options. To the world, Kate Spade and Anthony Bourdain seemed to have it all.   Ultimately, all the fame and fortune in the world can’t cure the overwhelming feeling of hopelessness.

I’ve been there, many times in fact. What ultimately saved me was choosing to put a tag on my own happiness and learning the art of not giving a F^@& about what others thought of me. Mental illness, Depression, Suicidal thoughts… They are far too multifaceted for anyone to say how or why some cope better with or without medication than others. In my opinion, many of us fight these emotions, thoughts, demons, on a daily basis, because we are trying to conform, relate or release. Sometimes, we allow people, things, expectations, and ideas to define us for so long, we don’t even know we are. In every way that matters, we’re already dead. So, the idea of physically dying isn’t all that scary.

The first time I was old enough to recognize hopelessness for what it was, I was in my early teens. I grew up in the Seventh Day Adventist Church in a very restrictive Haitian community. Let me be clear. I don’t blame or resent the church in any way. In fact, some of my favorite people & most cherished memories are connected to the SDA church. I was very active in the church, preaching during women’s ministry week, singing, winning the big ‘Bible Jeopardy Champ Bible.’ I was also an honor student, excelling in nearly everything I attempted. People in the church community thought of me as a role model. I even heard several of them tell their children to be more like me…. For me, that was A LOT of pressure!

Here I was, preaching the best sermon of my life, with the largest amen corner, wearing a shiny bellybutton ring under my dress. I knew the rules, and I was definitely breaking them.

I can only speak from my experiences in the Haitian SDA community. I knew my church community felt so strongly about not wearing jewelry, fearing idolatry, most did not even wear wedding bands.

I’ll never forget the day. A few friends and I went to the mall, about an hour from where we lived to shop for dresses for our homecoming dance. I was in a different town, carefree, so I decided to wear jewelry that I knew would be visible to others…. Toe Rings!!!!!!!!

As I walked through the mall, laughing, being a normal teen, my then pastor came out of nowhere. After exchanging awkward hellos, he made a point to step on my toes….to put me on notice of course that I was out of line.

To a teenage girl without a plan, doing everything to please the people she looked up to, image was everything. Becoming an outcast was my greatest fear.

It’s a gift and a curse. You fight for it, but you don’t really want it. It’s just all you know.

If it all goes away, even if it’s suffocating you, there’s not much left to live for. It’s all you know!

The next time I felt hopeless, I was 23. I had 2 beautiful children, a husband, a home, and a nice government job. From the outside looking in, I had a perfect existence. Once again, trying to please those I looked up to, I had no clue who I was. I knew I wasn’t happy, but I was already living the life that made everyone else happy. That should translate to me being happy…. right?

I grew increasingly unhappy. I couldn’t figure it out myself, so I made anyone who claimed to love me responsible for making me happy. That did not work! I tried to escape life as I knew it as often as I could. That did not work! But Jesus loves me! Time after time, chance after another, I couldn’t, didn’t, and wouldn’t get it right until I put a tag on my own happiness. I had to figure out what being happy was worth to me. I had to choose the people, things, expectations and beliefs I was willing to ditch in order to be happy. Many have said this before me, but I’ll say it again. If you, the pilot, are unable to fly this plane called life, if you crash, choose YOU! The concepts that saved my life led me to the following belief system. It will likely change but for now, it works!

I’m sure I can connect just about anything under the sun to proactive planning, but having a plan truly is the ultimate power.  You’re more confident, you have a map, your non-negotiables are solid…. you have a plan! I’m not naive. Even that won’t always work. However, having your own plan means you won’t have to adopt anyone else’s. We’re all going to die someday. That’s why it’s imperative that we LIVE while we are living.

Take care of YOU, put a tag on your own happiness first, and live the golden life you’ve always imagined!